BADGE OF HONOUR: VERSE OF THE DAY 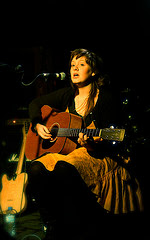 Adele - Daydreamer from her upcoming album 19.

"Daydreamer, sittin’ on the seat
Soaking up the sun he is a
Real lover, makin’ up the past and feeling up his girl like he’s never felt her figure before
Her joy (..?)
Looks good when he when he walks, he is the subject of their talk
He would be hard to chase, but good to catch and he could change the world with his hands behind his back,
Oh…
You can find him sittin’ on your doorstep
Waiting for the surprise
It will feel like he’s been there for hours
And you can tell that he’ll be there for life"

BY ANY MEANS NECCESSARY

NOTHING BUT LOVE FOR MADONNA BUT C'MON....

It's probably stale news amongst you music connoisseurs but I can't seem to wrap my head around this groundbreaking deal. As you all know 49-year old Madonna (Icon, Mother, Novelist, Actress,.....) has been the most consistent woman in the Music industry for over 3 decades. She has dazzled, shocked, evolved blah blah blah but does she a $120m deal with Live Nation? She's great but can't the younger talents (Alicia, Beyonce, Kate Nash, KT Turnstall, even Amy,etc.) be given this opportunity?

The question is: Does Madonna really need to be stricking these deals? The 49-year-old pop singer sold about 20 million copies worldwide of her last three studio albums, according to sources. Her last album, "Confessions on a Dance Floor" (2005), sold 1.6 million units in the United States, according to Nielsen SoundScan, and sold 7 million units worldwide. What more do you need at a ripe age of 49. It just doesn't make any sense. I'm going to have to quote Chris Rock to best deal with this issue: 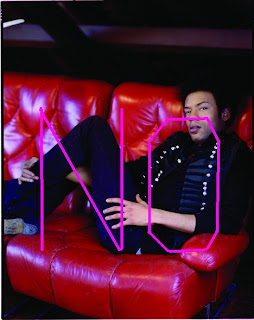 Ok, his name is David Jordan - he wears tight jeans, rocks spiky relaxed-hair, sings with his high-pitched voice and just has a disturbing presence.
Now, everyone knows I'm into my alternative music but I'm frightened that his record company has tried to model his genre on Lenny Kravitz.
The record is on release later this month. Just say NO!
Posted by Adeoye Omotayo 4 comments: