GNARLS BARKLEY IS BACK 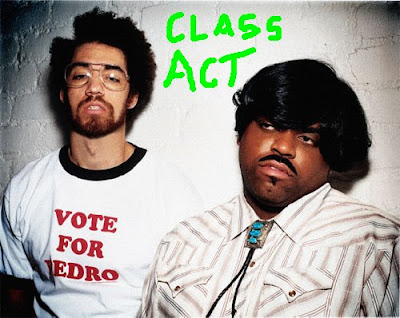 The fantastic video for the upcoming single 'Run' is comical and colourful. MTV sources are rumoured not consider it fit for viewing because of its strobe effects, which caused the clip to fail the Harding Test - guidelines established to prevent TV images from triggering epileptic seizures.

We personally don't see anything wrong with it and if some people do - then they should throw a pair of sunglasses on. This is too good to miss featuring Trousersnake as Micheal Jackson. It is sublime.

The video centers around the fictional public access TV show "City Vibin"' and is set in the early '90s. A new album will follow titled "The Odd Couple," released on April 8.