A word of advise to Owen Wilson, don’t take that woman back. If you attempted suicide over a woman you should never never and we mean (let’s say it together) never take her back, if you managed to survive the ordeal that is.

Rumour has it, Kate Hudson recently split with boyfriend Dax Shepard because “she wanted to spend time together with her son”. WHATEVEEER!

We like Owen Wilson at Rennaissance Man, the man is a living legend and we were all very upset to see a grown man reduced to nothing because of the four-letter word. Our advice to Owen is a) get better, b) get a new haircut, c) shave more often, d) party with Scarlett Johansson (she’s way hotter than kate anyways plus we think she’s single) and e) never let Kate in the same building as you (at least for the first 3 months). Otherwise, she’ll sneak up on you and voila you will find yourself in a ‘SYMPATHY RELATIONSHIP’.

Now, sympathy dating is cool when you’re broke and height-challenged but it’s just plain ridiculous if you’re a Hollywood actor. No way jose!

I’m going to have to quote Uncle Chris again: “Fellas, do you ever catch your woman just looking at you? She’s looking at you cause you ain’t her first choice…”

PR MAN OF THE CENTURY 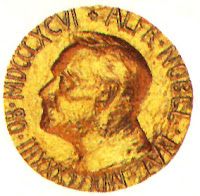 Every time Al Gore comes on TV, I just can’t seem to control my urge to chant Go Al, Go Al, Go Al! The man is remarkable. He lost the Presidential election by default, found a global issue to tag himself to, made a movie, won an Oscar and now he’s managed to win The Nobel Peace Prize "for their efforts to build up and disseminate greater knowledge about man-made climate change, and to lay the foundations for the measures that are needed to counteract such change".

Mr. Gore was one of the first politicians to grasp the seriousness of climate change and to call for a reduction in emissions of carbon dioxide and other greenhouses gases. Sadly, a current survey revealed that a significant segment of Americans though aware that Mr Gore won The Nobel Peace Prize were unclear as to why he actually won it.

The Nobel Peace Prize has sparked controversy throughout its history. The Norwegian Parliament appoints the Peace Prize Committee, but pacifist critics argue that the same Parliament has pursued partisan military aims by ratifying membership in NATO in 1949, by hosting NATO troops, and by leasing ports and territorial waters to US ballistic missile submarines in 1983. However, the Parliament has no say in the award issue. Past winners have included Martin Luther King (1964 laureate), Jimmy Carter (2002 laureate), The 14th Dalai Lama (1989 laureate), and Kofi Annan (2001 laureate) amongst many. On closer inspection, the peace-laureates often have a lifetime's history of working at and promoting humanitarian issues.

We applaud Al Gore for his relentless quest for relevance. This is a man whom was publicily robbed for the U.S presidency seat yet eight years later, he is awarded what is arguably the most prestigious accolade to any man. The man is his own PR Machine and we love him for it.

Memorably, Gore gave a brief speech at this year’s Academy Awards ceremony after the Inconvienent Truth won ‘Documentary Feature’: "My fellow Americans, people all over the world, we need to solve the climate crisis. It's not a political issue; it's a moral issue. We have everything we need to get started, with the possible exception of the will to act.

Go Al! We need a female Al Gore with a Hermes Birkin of course!
Posted by Adeoye Omotayo 1 comment:

DID YOU OWN A PAIR? 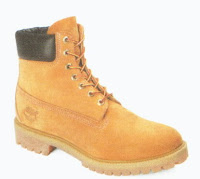 I hate to do this but if you were 18 around the mid nineties - this might hurt.

Did you ever own a pair of these? Did you religiously wear this non-stop during the summer, winter and autumn months although they were battered and clearly needed changing? Did you save up to buy a pair to fit in with your respective 'ethic' peer groups? Did soemone ever step on your precious pair and the only thing that crossed your mind was a brutal assault on their face?

If any of this sounds familiar, you are guilty without a chance of parole.
Posted by Adeoye Omotayo 1 comment:

Sorry, I just have to constantly remind myself of this fact!

BADGES OF HONOUR: ALBUMS ON ROTATION 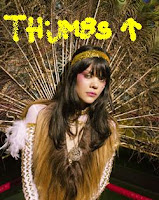 BAT FOR LASHES's FUR FOR GOLD


NEWTON FAULKNER's HANDS BUILT BY ROBOTS
Go get your copies!! 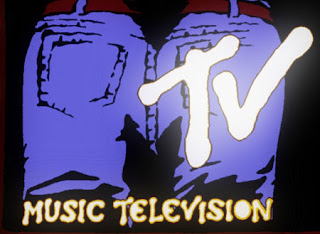 MTV has a new reality show. Yay! It’s titled LIVING ON THE EDGE

Just in case you don’t know MTVONE (whatever that means) don’t actually play any videos these days, its full of reality shows. Hogan Knows Best, Real World Denver, I love New York (my personal favourite, that woman is definitely U-G-L-Y you ain’t got no alibi) and The Hills (Oohhhh, I love those slags – they are DRAMA – they need inspirational sessions with Ms Mary J Blige)

Now, we all know the UK will try on almost any level to rival their ‘close’ allies. The MTV Europe production team spent all summer shooting a bunch of rich Cheshire kids who have just completed sixth form and are getting ready for the BIG U word.

Excited yet! Ooh yes, so I watched as the ultimate MTV junkie – life isn’t the same without knowing the new stupid-blond chick on the block. After 10 minutes, it was clear I was going to hate this show and it’s lead character, Esme. Yes, Esme!

After 2 opening episodes, it was clear these kids JUST AIN'T FUCKED UP ENOUGH; we watched them play tennis, drink lattes and still no drama. I have concluded that English people just can’t do glamorous nor ditsy, that’s for our Americans to do and they do it well. I will watch the next episode, just to see if they get their acts together and I shall keep you all posted. In the meantime, don’t bother to tune in, that’s my job.

Ooh, anorexia could be a good ‘planted’ plot for Esme. Ooh, you disgusting!!