THE ENEMY'S THIS SONG

Often a band or an artist release a song which lyrically captures what is happening in the world or their respective country. British-indie group, The Enemy have released a brilliant single 'This Song' and I was shaken by the truthfulness of the lead singer's words. Here's an extract

Half the kids who you grew up with,
Were pushin prams by the time that they were just sixteen,
If love is a drug then where is the cure,
For the girl who used to talk to you about her dream.
And all the boys with all their toys,
Couldnt see the signs as we scortched out eyes with nicotine,
And the grown ups said, listen to your head,
But our hearts were crying out for heroes on TV screens.

Half the kids that arnt pushing prams,
Are pushing pills to boys and girls who are half their age

And the pubs and clubs are full of drunks,
They dont remember the day the were born or even their mum or the names.

An old man sings a tune but hes drowned out by a fight next to a fruit machine.

And all of this, our hearts, our nation,
A total lack of civilization,
Will it ever be the same?

This is so true about the British population. There's only so much we can categorize as "ASBO" until we tackle some of the issues pointed out in this song - we've got a social epidermic on our hands. This is our future.
Posted by Adeoye Omotayo No comments: 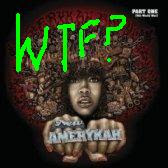 There is no doubt that this is going to rub people up the wrong way but I'd rather speak than swallow this.

It is the infamous Ms.Badu again and her creative juices. I'm done with trying to defend and justify her perceived "eclecticness" it is just damn tired!

I'm guessing the world has heard the album - oh my bad, let me rephrase - I'm sure a handful of you have heard her new produce <em>'Amerykah'

I actually spent the better half of this morning debating what possessed me to buy an album with such a self-indulging title in the first place. Jesus Lord, help this lady. I don't understand why Lauryn Hill is considered crazy and deranged when Erkyah is an "artist". I don't buy it.

This 11-track record is frankly dull. The attempt to communicate personal beliefs with the world in a confusing and agenda-driven manner is shocking. There is nothing here for music lovers to hold on to. It is full of not-quite-there moments and we have experienced this in previous efforts 'Mama's Gun' and the last one with the unpronouncable title.

You're a singer Erykah, sing - don't fill an album with interludes and public service announcements. C'mon, do something.

How hard can it be to translate your live magic to record. This is so unfair on fans and I'm not even a fanatic.
Posted by Adeoye Omotayo No comments: 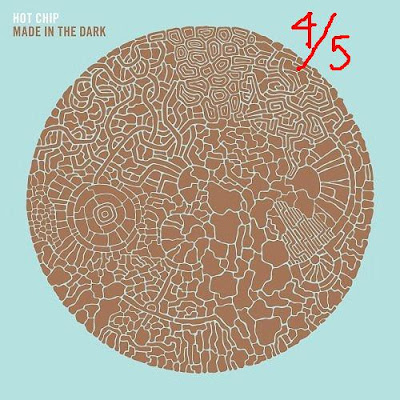 You all probably think I'm part of this group's PR team but sadly I don't have that luxury. The truth is I know very little about the band and their music. I recently discovered Hot Chip during a screening on BBC's Jools Holland show. I was instantly sold and the rest is history.

They've just released an album which is quickly burning up the UK Charts. The album is

Made in the Dark

and it is seriously toxic. If there is an album you should take a chance on this season, this is it!

Very few dance records since Massive Attack's Protection show this much diversity and range. The production quality is so good that you tend to envisage a bunch of keyboard geeks getting the buzz of their lives in the studio.

Standouts include Wrestler, Shake a Fist, Ready for the Floor and Don't Dance and incredibly, there are some great ballads. Yep, you heard me - ballads.

Take a chance today with some HOT CHIP.
Posted by Adeoye Omotayo 1 comment:

EVERYBODY GET ROWDY.....OR MAYBE NOT!

Dallas' justiifciation for the line goes like this "I found that there was a lack of men's clothing that spoke to the new generation. I wanted to fill that void by creating a brand that exemplifies cutting edge style, and a collection that breaks ethnic boundaries." The line, which is described as having "punk and prep influences, with a distinctive European militant touch," will feature jeans, classic polos, bomber jackets, military jackets and sneakers.

Personally, we dont find anything inspiring about his line. It looks like just another "cutting-edge" mediocre line in London or LA. Perhaps better luck with picking the lead designer next time mate.
Posted by Adeoye Omotayo No comments: