If you had a parent whom was dependent on a class A-substance would you tell? Better yet, would you announce it to the entire MTV generation? Mario revealed this disastrous PR stunt on an MTV special. My jaw dropped last night as I watched Mr. Let-me-love-you speak so dismissively about his mother's growing addiction. I certainly hope this isn't a stunt to pull attention away from rival, Chris Brown cause we all know he's kicking your ass right now.
Posted by Adeoye Omotayo No comments: 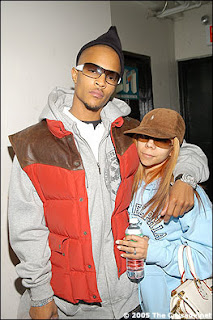 A letter to T.I

Why oh why didn't you stick to your original prophesy? Why the hell on the eve of a big awards' night will you be found fighting at a strip club? Why will you ask your bodyguard to order your machine guns? And why why why, are you married to short'est' from X-SCAPE?

Unlike your music, a lot of things do not make sense about your journey. If this is a stint to sell records then we ain't laughing as the judge has smacked the smile off our smog faces with a 'no bond' which means we ain't hearing your 'swag' in a minute.

Step up and read some books!