I LITERALLY HAVE MY HANDS COVERING MY MOUTH RIGHT ABOUT NOW AS I FIND OUT THE SHOCKING NEWS BEHIND CNN INTERNATIONAL'S ANCHOR RICHARD QUEST.

Mr Quest was arrested on Friday morning in New York's Central Park for loitering and possession of meth.

According to reports, he was arrested with drugs in his pocket, a rope around his neck that was tied to his genitals, and a sex toy in his boot - this might be slightly exaggerated but I still remain shocked by the very idea of the man that I respect a lot being ridiculed to such an extent.

This just reiterate my life motto - All men have demons irrespective of status, background or influence. We are our own worst enemy.
Posted by Adeoye Omotayo 1 comment:

FOXY BROWN IS OUT OF JAIL. EXPECT A REALITY SHOW, A BOOK, A CLOTHING LINE, AN ALBUM.....just get ready for the Foxy Hell!

Can anyone spot how bad those fake tears were?

AGE AIN'T NOTHING BUT A NUMBER

I was watching some well deserved dose of this year's Dancing with the Stars and I stumbled upon these young (I mean - young!) dancing couple who were competing for the Junior Championship trophy. Their routine was so effortless and breathtaking that I gave them a standing ovation from the comforts of my own living room. 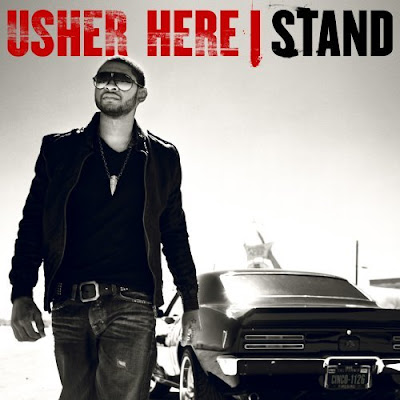 To be brutally honest, this is a shit cover artistically and one which isn't particularly inspiring. I trust the songs on the album will be fantastic but sadly it seems Ush- Usher is missing the mark with all his visuals at the moment including the atrocious Love in the Club promotional video.

We blame Tameka - for everything.........she is clearly stopping the creative blood access to his brain!
Posted by Adeoye Omotayo No comments: