The comic genius that is Katt Williams is at it again.

FRIDAY TRACK: ....WITH A GANGSTER LEAN

We all remember the ‘parentals’ used to swear by the motto: Health is Wealth. They say you become your mother and father so I guess I’ve become mine as I now subscribe to this way of life. There is nothing more important than what your body says – I now endeavour to salute mine every morning. In simple language: Oga sir!!!!

This Friday Track is a classic from the legendary Omar featuring Angie Stone. This is ‘Be Thankful’ ....diamonds in the back, sunroof top, digging the scene with a gangster lean. Click here:

I hope this beautiful song meets you with great comfort. 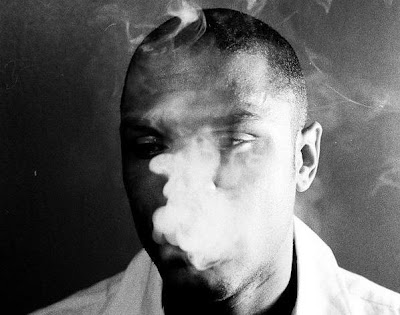 I never want to have another debate about who is better D’Angelo or Maxwell? I have never lend myself to that idle discussion but feel the need to shut this shit down right now. Last week, I purchased my copy of BlackSummer’sNight and like a groupie with an all access tag I have sized the record from all corners.

Like the reoccurring 80’s banter (often when one is inebriated) on whether Prince was in fact better than MJ – the bottom-line still stands – they both stand for different things – one churned out an album a year whilst the other well, was simply Michael Jackson.

Maxwell’s new effort is special in many ways – it feels like someone has finally compensated us for the premature death of the neo-soul movement or more literally, the ‘Neptunes’-killed-the-movement. If you know what I mean you might just feel like Maxwell has saved the memory of many ‘lost ones’ from Bilal to Rashaan Patterson to Lauryn to D’Angelo.

It might have taken him an eternity and a new haircut to bring us back to our knees but I didn’t think I could be this excited about this new album. The album is a creeper – you will need to pay attention. The vocals are immaculate.....those falsettos rival just about anyone in the business.

His song writing skills have also received some Diane Warren-esque polish shine with the singer often stepping away from his ‘sensual’ comfort zones and attempting to pen more political/moral orientated songs such as ‘Stop the world’ and the vulnerable ‘Fistful of Tears’.

To be honest, the artistic ability of his band is the highlight of the record – between Hod David (Guitar), Kenneth Whalum (Saxophone), Chris Dave (Drums) and Derrick Hodge (Bass) they serve up some fantastic soul music for 2010 and beyond.
This is very much Urban Hang Suite Maxwell as opposed to the ‘Now’ Maxwell. You will enjoy this –and if you don’t have your copy by Christmas – I will buy you a copy.

Enough selling, this week’s Friday Track is lifted from the album and this is the very up-beat ‘Love you’. Click here:

How could we resist this great tribute ad from Nike to the greatness that is Roger Federer.


Posted by Adeoye Omotayo No comments:

I DOUBT THE WORLD IS LISTENING...

You know there is nothing nicer than to see a band come from humble to potential global domination.

Mr Hudson used to perform/busk at this uber-cool spot in London - the scene of my 21-year experiences. It was full of trendy London kids all trying to break the mould all at the same time.

Fast forward to last night when I suddenly saw the peroxide haired Mr. Hudson jamming away with Mr. Yeezy on my TV screen.

Shout out to all the Deal Real organizers - you've made Estelle happen now it's Mr. Hudson.

Look at that, look at how they lookin at me/ Eyes all sticky like honey on bees

I got the right to be cocky
Get so much cut disc jockeys jock me
You niggas mad that you not me
I remain a Giant and your Jeremy Shockey
And if you ain't heard me properly
If you speak garbage, then we no capice
DC chillin, PG chillin, floor to the ceilin
Stuntin in my Billion-Aire, gear on my
Millionaire Frames, that's money on my mind, WALE

Some classic comedy to herald a stress-free week courtesy of Sheneneh.
Posted by Adeoye Omotayo No comments:

How are you doing?


If you love the life you live then you'll get a lot more done, be more inclined to take the reins than turn away and run, it's very rare it seems to get a lifetime guarantee, so I suppose self satisfaction be the key.


My father was a self made man but his wealth did not consist of riches or acres of land instead he had a family who were his biggest fans, that's something that I one day hope to have so I'll cherish the simple things, the ‘easy took for granted’ things like going to my mum’s simply for snails or arguing with my sister, only God knows how I miss her, it's the simple things that mean the most to me.


This week’s Friday Track is from South Africa’s super group Corenahouse. This is the magnificent single ‘It revolves around you’.


Have a great weekend – I’m charged and ready.


Lastly, thank you for the incredible turn out at Machu Picchu last Friday, you made it the night of all nights. Thank you – you deserve a gold star.