ASHLEE IS AFTER THE OAPs 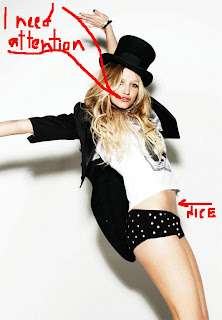 Simpson trying to diss Madonna, Gwen Stefani and Kylie all on her new single 'Out of my head (Ay ya ya)?

This is the 1st single taken from her upcoming third album due for a April Release date. Bizarrely, the track is produced by Timbaland. She claims the video was inspired by Salvador Dali, "one of her favorite artists".

We are like - whatever, something is fishing with this. She's trying to tell the 'older' sexy symbols to take a hike, she's got better legs.
Posted by Adeoye Omotayo No comments:

It seems doing a dance track over grime lyrics is the formula for chart success these days. We are really feeling the new Wiley single, Wearing my Rolex, he has been one of those British chaps although basking in plenty industry acclaim, he has been robbed with mediocre record sales.

Maybe things will change with this hot single.

WHAT A DIFFERENCE AN AMERICAN RECORD DEAL MAKES..

So....Ms Shine/ Ms Number #1 (finally) seems to have forgotten where she was 3 months ago. I'm talking about Estelle - British songstress that went cross Atlantic to get a record deal.

In recent weeks since she released American Boy featuring Kanye, she seems to have not only worked with him but adopted his persona. Can someone please tell this girl that she is good but we humour her half the time.

It all started with a radio interview I heard on Choice FM, UK where she got into lip-war with an anchor after they tried to play an April's Fool joke on her. Next, she goes on record criticizing British songstress Duffy and Adele (both have better voices than her). At Renaissance man, we are like Estelle - DON'T GET ABOVE YOURSELF. It's only been 3 minutes.

We thought we should remind her where she was a year ago, just cause you're wearing Vivienne Westwood now, don't mean you've arrived.

Look at the highlights in her hair from back in the day. No comment! 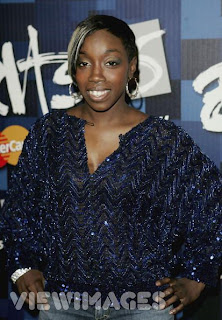