EN ROUTE TO THE SLAMMER? 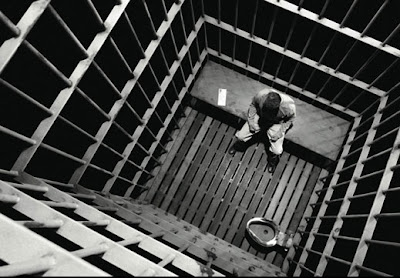 Rap's golden boy and our posting fave, Kanye West was charged yesterday with battery, theft and vandalism in connection with a September 11, 2008 scuffle with a paparazzi photographer at LAX.

The L.A. District Attorney's Office accuses Mr. West of smashing camera equipments in the tussle. If convicted on all the misdemeanor charges, the Louis-Vuitton don could be facing up to 2 1/2 years in prison.

We just wonder if he'd get to take in his own customised Louis Vuitton monogrammed-prison uniform. We can't have Mr. West look like one of the people now can we?
Posted by Adeoye Omotayo